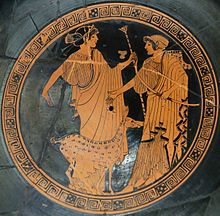 Please let the German language document be translated into many languages and be handed over to the right places.

Faith or religions do not mainly consist only of psychic or soul structures connected with a goal or counterpart, but a religion also always has so-called "pillars or protectors" who embody a directive or a legal doctrine of the respective religion.

These pillars are usually people to whom humanity has entrusted this "duty of care".

In the best case, of course, these "pillars of support" are given or called by God's grace, which means that already such a so-called "pillar of support" can become recognisable in childhood, which should preferably be noticed by pedagogically trained people, as it can be by teaching staff or also by believing fellow human beings, preferably by the parents, especially by the grandparents or family of the respective child, that the child is "subordinated" to a calling.

As a rule, religions are fixed on the worldly protective functions through the power and strength of the human. Only in a few religions are there deviations from this structure, such as in African culture.

But even queens or goddesses were attributed this protective function in some ancient religions.

The regions live on man-made structures, but faith can also be based on life and historical events, and a religious doctrine can result from this.

The great religions such as Christianity, Islam and Buddhism, for example, belong to a man-made structure that was founded by historical events.

It was always male persons who crystallised out of the mass of humanity through themselves or through others.

These male persons have been followed by other men up to the present day, or have succeeded these communities of faith and have been called to the status of spiritual leaders or as clergymen, which at best has been done by the Lord God of us all.

In the process, some have consistently followed the old structure exemplified, while others have, over the centuries, through individual spokespersons, made themselves independent and created a "contemporary religion directed at male needs" through the foundations and use of the old structures.

The question was no longer about the functional, exemplified and justified structure of the faith, but about the usability of individual "pillars" who actively engaged in world affairs.

As a result, the actual values and connections towards the divine have been attacked and ultimately almost lost, which is more than just dangerous for everyone together.

Now, in the last days or years of humanity's contemporary history, the lived ancient structure has been challenged by the guided, celibate life of a clergyman, although some people today more than ever seek silence in monasteries or on pilgrimage routes, often going back to the ancient traditions of the world's faiths.

What has happened over the centuries and how could the abolition of the functional, exemplified and thus fixed religious structure of a religious doctrine founded by eyewitnesses develop and how is this justified?

And is there an end point in one of these ancient religious teachings and what is the recognisable justification for this point as well?

And now, in keeping with the times, it becomes really important to be clear!

In the last few days there has been a lot of fuss in the news, which today is already more exciting than many a disaster film or crime movie.

As a result, however, John's Revelation is being completely ignored by the clergy, who already fear quite different existential problems; either the one will be exposed as the schizophrenic would-be would-be clergy, or the other will be stamped as the potential sex offenders of the 21st century.

Fortunately, Pope Benedict XVI. has spoken out on the celibate debate in a timely and sustained manner, which was more than his duty for himself and for all humanity, and fortunately, Pope Francis has also made the right decision by not fundamentally blocking the only possible path and access to the divine.

Although my person in one of her more than valuable homepages was able to justify the connections through the lived celibacy, you and others have also let the true clergy run aground and strain their nerves until in fact important decisions were made that have high consequences for all of us.

Now Ms Anegret Kramp-Karrenbauer has resigned from her position as party leader of the CDU, thus leaving the "shark tank" of a so-called Christian party. In addition, she has renounced her candidacy for chancellor. A major political event, with all the media currently crammed with this news, but nevertheless there was another major one in the state of Thuringia.

Two days later, however, a decisive, effective resignation by the chairman of the German Bishops' Conference of Cardinal R. Marx came to light, which was also reported in the news but with much less "upwind".

He, too, basically left a "Christian-style shark tank of public relations" in which he had striven for years to reach an understanding and agreement on the cases of abuse in the Roman Catholic Church and sought common solutions for all those affected.

That the Church has sufficient financial means to give the victims of abuse an appropriately high amount of compensation for the damage suffered and for the attempt at reconciliation should not be questioned, nor that it should be done immediately while the victims are still alive.

But something particularly urgent must be questioned and that is the real causes of the abuse cases and their real perpetrators!

If my person were a cardinal and then also a chairman in these ranks, I would shout out loudly and unequivocally, regardless of the loss of monthly church tax revenue, as follows:

"My Dear and very good Sheep here and beyond!

Today is "Sunday", on which we have all gathered again and it is the day on which the Lord rested.

But beloved, I am not the Lord, but Sunday, as the appointed day of rest in the week, nevertheless has a special meaning for me as a follower of Christ and as a minister, because this Sunday opens up the possibility for me and my confreres to keep order in front of a gathered congregation!

You whine that we as Roman Catholic clergy cannot live out our masculine needs, but today you are supposed to get to know these suppressed needs!

How dare you, you diseased and filthy filth, and what do you allow in our broken society in these hard times when the top of society is toppling over and this top of the clergy is no less important than the toppling over of the climate of the world? ?

Every day, my Dears, when I, as a man and as a clergyman, for example, only open my mailbox in my PC to read my news, then the "naked male and female Russian beauties" and their sexual business already come towards me, you old piglets!

How dare you make fun of particular clergymen, who in your passivity have also brought you into this predicament as Christianity, because what the man and clergyman can identify as clearly diabolical, such as these aforementioned sexual transactions on the Internet, can then become ambiguous in a "pure or innocent" child through such just-mentioned animations and can thus bring quite different dimensions with it!

How dare you attack the purple of a clergyman or have him attacked and not care about the causes, what?!

To then also complain and get upset when the highest dignitaries fall over and violate the worst thing a human being can do to another is quite simply a rigged, diabolical game!

But how is it and how was it possible to such a high degree that many protectees of all categories were or are at the mercy of this phenomenon?

First of all, you finally clean up your own pigsty, otherwise I will have you hunted down and that by your ally with the name of the devil, you diabolical beasts and abettors, you!"

Then, for example, as a clergyman, you grab a hammer that you have put on your gift table as a precaution for your sermon and go to an associated, set-up workbench made of wood or metal, which you work on loudly by hitting a nail with the hammer!

Then one begins to loudly name individuals and their names of the above-mentioned shark pools, if possible naming people who possess high intellectual abilities and also those who move in places where they certainly do not belong!

One then refers such "sick would-be go-getters" to the places where they can have their delivered crap shown to them, such as the rubbish dumps or the old people's and nursing homes!

Then you take the hammer again, so as not to suffer a heart attack, and hit the workbench again loudly with the hammer, so that it really cracks!

Then, in the sermon, you take special care of the so-called mothers, but also the fathers of those abused children and not to forget the protectors and responsible persons of the authorities, who have quite obviously brought many children into these repetitions of an enabled abuse by violating their duty of supervision!

The conclusion then is: "This means that a Catholic woman and mother must indeed go to the altar as a priest, because what should she do at home, look after the children or grandchildren?

What were you thinking, you primitive filth, you as my Christian congregation, you let the filth rain down on the children from all sides and also on the men in question, and then you trample on my status as a clergyman, you lowly kind! 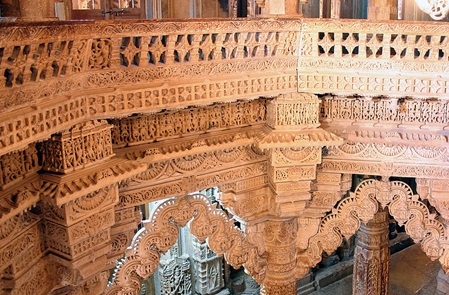 Immediately the president of the EU Mrs. Ursula von der Laien, will see to it that every single child has a mother who is paid as a working housewife and is available around the clock for the child or children!

You have messed up and this mess, you will now also get it out of the house and then clear the field!

You will all go to your place now and afterwards you belong to, you "would be!"

Once again, as a man, you take the hammer to hand, so that no misunderstandings can arise, and you strike the workbench or the nail and thus this dung!

Then you end the sermon, for example, in this form: "For today, as a shepherd of a sick flock, I have done my work, my good and pious sheep and taxpayers, but on the next first day of the week, there will be the "Word on Sunday" again!"

As an alternative to the hammer, you can of course also put a circular saw next to the altar and let it howl now and then!

My person, too, is at the mercy of the shark tank, in that the devil keeps moving around my person, with the difference that there just is!

Note: As a sick puppet Roman Catholic clergy you have been "made fun of" for a long time, but as a man you will no longer have your dignity as a reverend soiled by sick nutcases from politics, business and society! 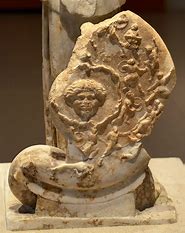 HP: Of course, this kind of sermon does not suit every clergyman or also because the churchgoers consist mainly of old and infirm women.

For this reason, this and that problem will probably be solved by the "already announced servant of God" by means of my person in the churches, for example, by now and then following a sermon from "above" that leaves nothing to be desired!

If you, as a clergyman, are absolutely not made for this kind of sermon, then please name in future the perpetrators of all injustices and crimes against humanity, especially those who have a high intellect, but who, for example, still allow the earth to be exploited to the last!

Those in politics who are currently twiddling their thumbs must also be scolded by name and put in their place! 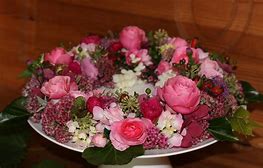