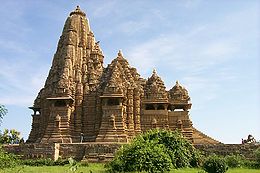 One of the biggest Threats to Humanity is Humanity itself!

Today my person wanted to give another seminar class, but the time to "make oneself smart" is already finished, since the theory is not allowed to overshadow or catch up with the practice and thus the implementation of the matter by the commission!

Today's news of volcanic eruptions and earthquakes or convulsions (earth vibrations) of nature clearly show what is going on!

The associated earthquake today on Tanimbar Island Reg. of Indonesia also shows a quark with the magnitude of 6.0 on the Richter scale with a depth of 56 km!

This too, is no longer to be joky!

After all, it cannot be possible for a born Empress to have to make  the stairs at this advanced time and let you and your peers also play your dirty and sick games with the Empress's sister at the highest cost " than ever before“!

Come round before nothing goes on, because the next plague and the next catastrophe will definitely come!

Please, ensure immediately that my person receives her hard-to earn pocket money in good time by fulfilling the conditions!

Please, keep in mind, that the already announced conditions that affect the population may vary, because my person will literally put the population on the chamber pot, even if another disease is added!

And this is well-known to everybody!

This is basically waht man has to blame for himself, because if the imbalance of the population strata due to poverty in some countries of the world is so great that some people on earth have to move with the crawlers and waste of industrialization, and by that the hygiene is not possible, then one day the bill will come up to all people, forcing people to their knees!

Be smart and quickly reflect on them, because the epidemics do not stop, even not from the different cultures of humanity!

Keep in mind that there are not many people in the world, who can "tell you and your peers to get off"!